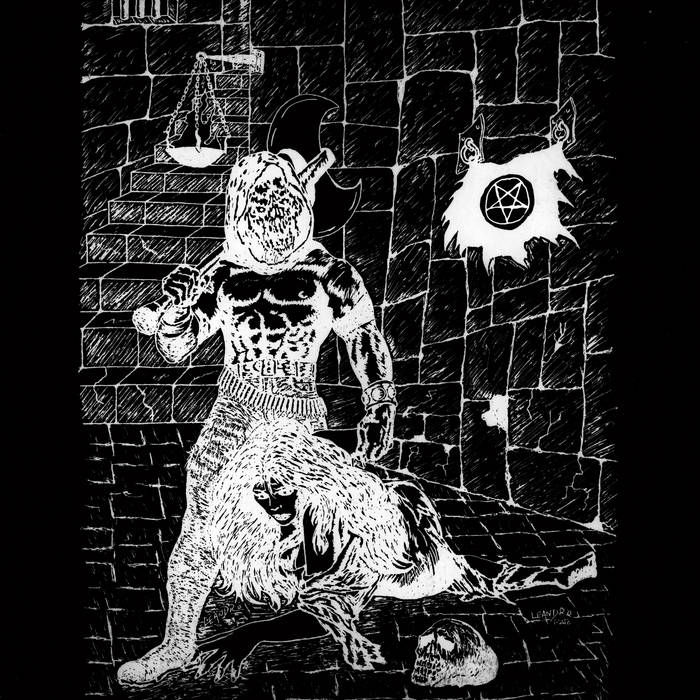 Originally released in 1987, Exterminator’s Total Extermination is an interesting album having become an unholy grail of the very deep underground. It was originally pressed in minuscule quantities (for 1980’s standards), never really had any type of proper distribution or promotional effort behind it. It just sort of appeared in the world and circulated in the worldwide Metal trading community. It is not well produced, and it is not well performed. It is loved by many and hated by many in equal measure. Regardless, it is relevant enough to have carved its own space and to have survived over the decades.

Of main importance, though, is the fact that this album came out right there, as one of the early sparks of Brazilian and South American Heavy Metal, decades ago. It was the first official record released by KRUEGER who would go on to be a founding member of the mighty SEXTRASH. And it would showcase, to the deepest degree, aspects that would become marks of early Brazilian Metal: total, utter, and out of control savagery. As such, this album is now reemerging for those who wish to take a deeper plunge into the infamous Minas Gerais, Brazil, early Metal movement. We’ve taken immense care to restore the audio of the album so that every nuance of Total Extermination’s madness could be captured for you to hear. We hope you enjoy the reissue.

A note on the artwork: Due to the fact that this reissue is being mass distributed worldwide through a variety of distributors, and due to the laws of some countries which prohibit the display of swastikas, the ones present on the album have been removed.

Bandcamp Daily  your guide to the world of Bandcamp

Featuring Plunky of Oneness of Juju and Coldcut & the Keleketla! crew.